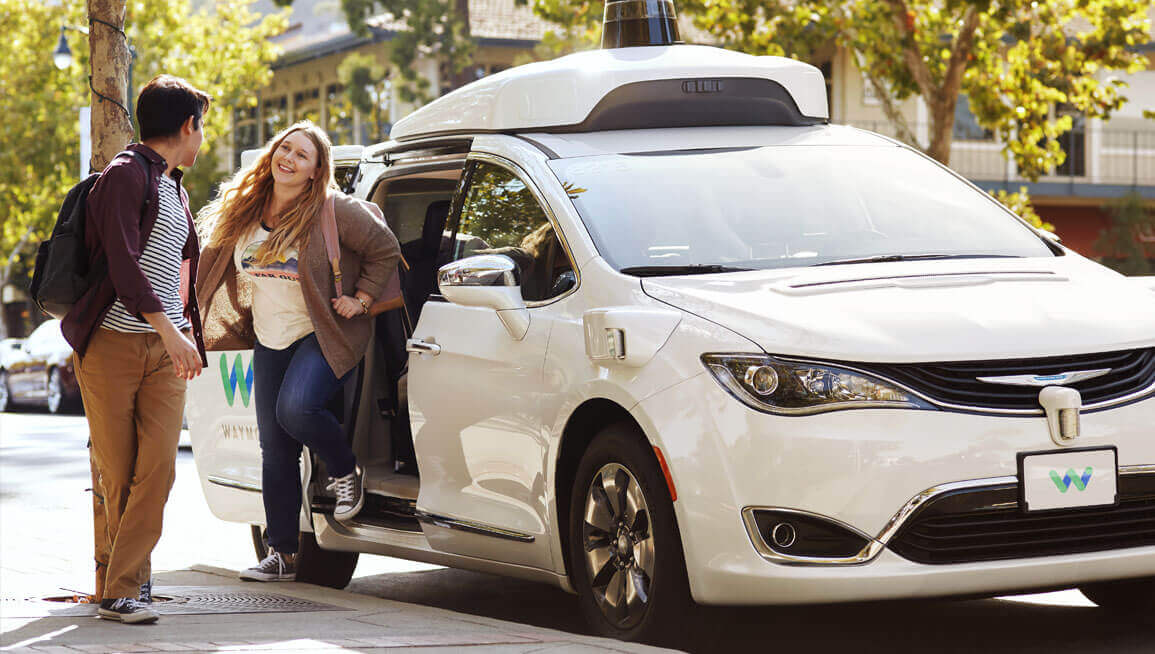 When are self-driving cars coming?

Waymo’s self-driving cars began carrying members of the public through its Early Rider Program in Arizona in 2017. During this trial, Waymo began accepting hundreds of people with diverse backgrounds and transportation needs to ride in and give feedback about its self-driving cars. Rather than offering people one or two rides, the goal of the program was to give participants access to its fleet every day, at any time, to go anywhere within a service area that’s about twice the size of San Francisco. Waymo’s early riders have played an important role in shaping the way it’s bringing self-driving technology into the world. 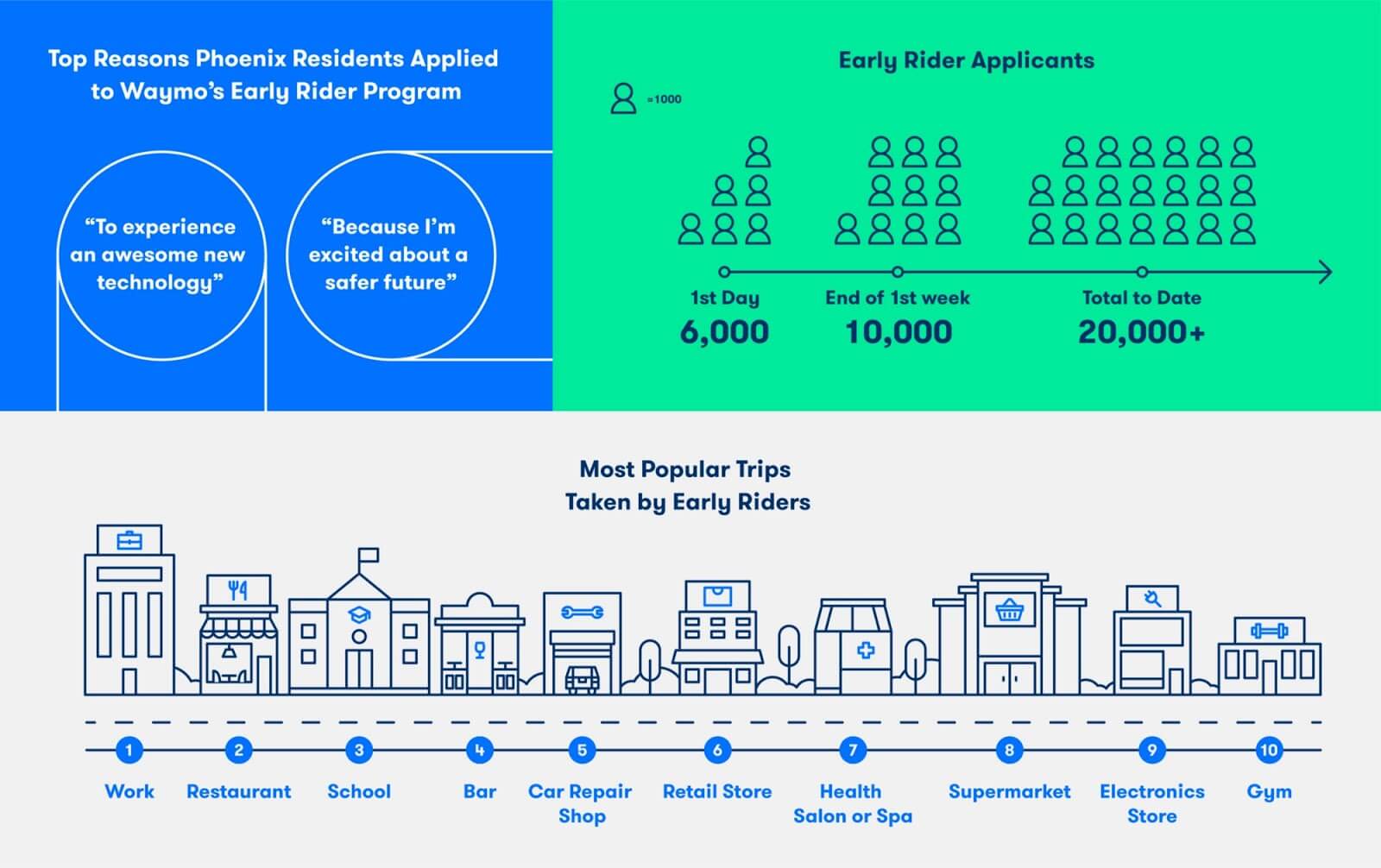 Waymo is taking the next step in its journey with the introduction of a commercial self-driving service, Waymo One. For the first time, Waymo is moving beyond research and development with its early riders. Waymo One is a service that will be available to the public at scale. With Waymo’s app and a few taps, riders are able to hail rides across their territory in Metro Phoenix. But, this is just the next step in a long journey. Waymo is dedicated to evolving its service and expanding availability in an iterative timeline.

Waymo has also been teaming up with partners to create new experiences and provide unique value for its riders. Metro Phoenix's transit agency and Waymo launched a first-of-its-kind partnership to experiment with how new technology can complement traditional public transit options. Waymo joined forces with Valley Metro for a two-year pilot program connecting riders to and from light rail stops. A growing number of people want to take the bus or light rail to work but live too far from the nearest station. This "first-mile, last-mile" service could drastically simplify the act of commuting.

Unlike humans, self-driving cars never get tired, drunk, or distracted, with the added ability to see in all directions at once. An array of sensors is constantly monitoring other road users, lights, and signals to react to changes in real time. Waymo is a cautious and defensive driver.

Self-driving technology has the potential to save lives and save the U.S. economy billions of dollars due to death and injury caused by traffic accidents, the majority of which involve human error.

All self-driving technologies are different, and each self-driving company is responsible for ensuring the safety of its vehicles through its own safety program. We can only speak to Waymo’s safety program and approach. Waymo considers safety from the ground up and incorporates safety at every system level, from design to testing and validation. It is a multi-pronged approach that builds upon best practices from a variety of industries, including aerospace, automotive, and defense.

Waymo has over 20 million miles of on-road driving experience. Learn more about Waymo’s extensive testing program which has helped us make rapid improvements in its technology.

Are self-driving cars safer than humans?

In the U.S., there were more than a million collisions last year, and over 37,000 of these collisions were fatal. Almost all crashes have the same factor in common: human error.

In the early stages of its self-driving program, Google engineers set out to answer a unique question: could technology be developed to solve one of society’s biggest challenges by reducing the road fatalities/lives lost in traffic crashes every year?

In search of an answer, they grew the team and formed a braintrust of NASA engineers, safety experts from NHTSA, and specialists from defense and auto industries, among others. Together, they created a playbook for rigorous and comprehensive development and testing of this technology.

In order to live up to its mission, Waymo is pursuing fully self-driving technology where its technology performs all the dynamic tasks of driving. Waymo believes that if we can create the world’s most experienced driver, it can reduce the number of lives lost on our roads every day.

How do self-driving cars work?

Waymo was built to be a cautious and defensive driver with more experience than any human on the road. Waymo’s self-driving system doesn’t just detect the presence of other objects; it actually understands what an object is, how it’s likely to behave, and how that could affect Waymo’s behavior on the road.

Waymo’s multi-layered sensor suite—including cameras, radar, and LiDAR—works together seamlessly to paint a detailed 3D picture of the world, showing pedestrians, cyclists, other vehicles, traffic lights, construction cones, and other road features. It can see 360 degrees, process and understand different colors, and hear sirens in the vicinity. Learn more about how Waymo’s self-driving technology works.