It’s a curious analogy and the topic of a lively discussion on a recent episode of the Same Same but Tech podcast series.

Hosted by Mauhan M. Zonoozy, a New York City-based entrepreneur, the podcast invites “the smartest people in the universe” each week to explain a popular tech buzzword using a home-cooked analogy.

According to Sofman, the promise of autonomous vehicles is much the same: making it more convenient and efficient to get people and goods from A to B.

“The idea of an autonomous vehicle is not just about adding enhanced abilities for a car or truck to stay in lane – it allows people to safely take their attention off the road, giving them back time in their day to do whatever they want,” he said.

Could autonomous vehicles change the way we live and move?

Sofman and Zonoozy went on to discuss the profound implications autonomous vehicles will have on cities, travel, and our day-to-day lives.

“Autonomous vehicles bring many benefits to our communities,” Sofman said. “They are reshaping the transportation landscape for people who are blind or those without a driving license.”

But there are also other benefits. Sofman said self-driving vehicles hold the potential to improve safety on our roads, transport goods more efficiently, and spur job creation in trucking. As autonomous vehicles become more prevalent and the technology becomes normalized, Sofman said it will have a transformative effect on our lives.

“If a self-driving ride-hailing service can take you anywhere, the need to own your own car may be diminished and the time spent commuting becomes much less stressful and more productive,” he said.

Turning parking lots into parks and car lanes into sidewalks

Sofman said that infrastructure may also change. Prime real estate consumed by huge parking lots could be freed for more attractive options, such as parks, housing, and open space. Because the technology may also allow vehicles to travel closer together, city lane space could be replaced by wider sidewalks or bike lanes.

Sofman and Zonoozy went on to discuss other fascinating aspects of autonomous vehicles, such as:

Listen to the “Same Same but Tech” podcast episode to learn more. 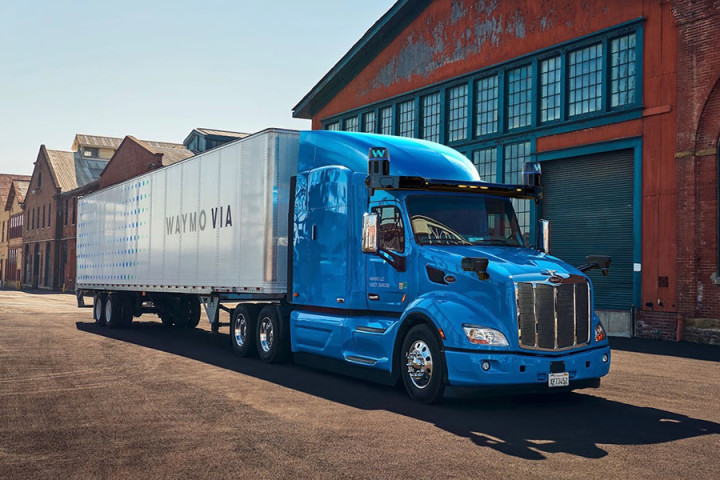 The Future of Freight is Happening Now

Waymo’s Matt Carroll speaks with Michael and Aaron of the "Trucking for Millennials" podcast about the evolution of automated trucking and how self-driving technology could help make the trucking industry even stronger.