The big change: don’t use the term “semi-autonomous.”

The AP style suggests reporters now “avoid the term semi-autonomous because it implies that these systems can drive themselves.”

The AP Stylebook further emphasizes that even though vehicles previously referred to as “semi-autonomous” may have automated features, such as lane-keeping assist, they are not really autonomous at all. “At present, human drivers must be ready to intervene at any time,” the guide outlines.

Instead, the Associated Press instructs that vehicles with driver-assist features are “partially automated.”

The new guidance is meant to firmly differentiate fully self-driving cars, which do not need a human driver to operate safely, from other types of vehicles with some  driver assistance features  that still require an  alert human driver to be ready to take control of the vehicle at any moment.

The change is important because misconceptions and misunderstandings around a vehicle’s ability to drive itself can create an over-reliance on technology not designed for full autonomy. Drivers can be lulled into a state of complacency while traveling if they mistakenly believe the car can handle any situation. Several high-profile incidents show the urgency of the situation.

Furthermore, an MIT survey indicates that drivers are confused by the terms, brands, and names that companies are using to refer to driver-assistance and other new safety features. For example, MIT’s findings indicate that when people hear the word “assist” in a name, they aren’t clear about whether the vehicle’s features are assisting them, the human driver, or whether they are assisting the vehicle as it acts as the main driver.

Level 0 through Level 3 cars include anywhere from no driver assist features to newer features like lane centering and adaptive cruise control, but human drivers are required. The human driver must remain constantly vigilant and fully alert – with his or her eyes on the road and hands on the steering wheel – and ready to take control at any moment.

Level 4 and Level 5 vehicles are considered fully self-driving cars that do not require a human driver to operate safely. They can perform all the core competencies required of drivers, with a focus on safety.

The AP Stylebook further explains: “The term autonomous vehicles describes vehicles that can monitor the road and surroundings and drive for all or part of a trip without human supervision. They also can be called self-driving vehicles.”

The Waymo Driver is considered fully self-driving, so, as a rule, Let’s Talk Self-Driving tries to include “fully” before “self-driving” when referring to Waymo to improve clarity and help readers understand that Waymo is very different from vehicles that are categorized in Levels 0 to 3.

Let’s Talk Self-Driving partner the National Safety Council (NSC) has pointed out that human drivers are often confused by their cars and what they can and cannot do. Visit NSC’s resource My Car Does What to get acquainted with new vehicle safety technologies and understand your car’s safety features. 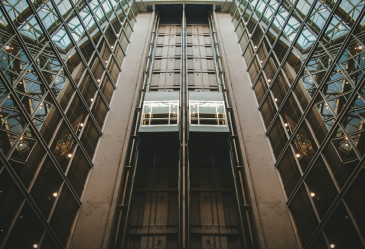 Examples of Automation That Raised Eyebrows Before Becoming Mainstream

Although people have traditionally been somewhat skeptical or cautious when it comes to new technology, history shows that humans are more comfortable with automation than we might think. 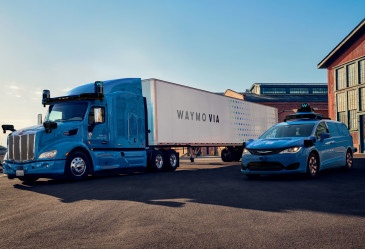 How Autonomous Vehicles Are Like Email, According to an Engineer

“Autonomous vehicles are like email.” It’s a curious analogy and the topic of a lively discussion on a recent episode of the Same Same but Tech podcast series.