“I’m excited to be here today because I want to test the Waymo cars and give my opinion.”

People crossing the street not in a crosswalk. Parents leaving their children unattended in vehicles. Children nearly darting into traffic. These are just a few of the things the student members of the AAA School Safety Patrol program at Martin Elementary School in South San Francisco have seen while out on patrol.

“A lot of times these days people are on their phones, texting or calling, or not paying attention,” said Nathan, a student member of the AAA School Safety Patrol at his school. “We’re there to patrol the area and make sure that everybody is safe crossing the street.”

The AAA School Safety Patrol program was founded in the U.S. in 1920 and has since expanded to at least 30 other countries. Throughout its nearly 100-year history, the program has given millions of students educational and leadership opportunities. 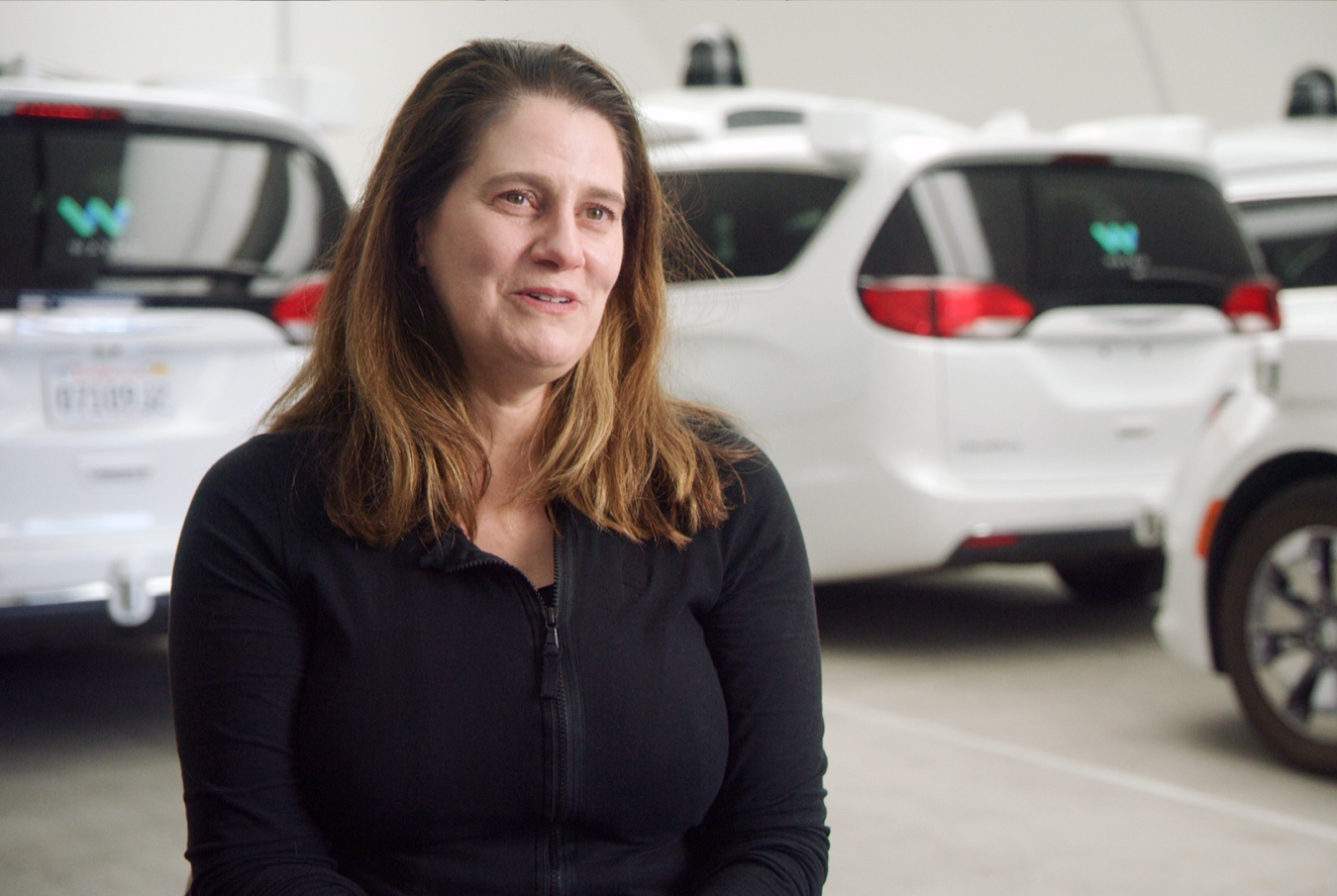 “I used to be a 911 dispatcher, and I listened to many sad things,” Deborah recalls. “Some of the saddest things to me were the accidents… you know a mom rushing to pick up her child and never arriving.”

Deborah believes fully self-driving technology has the potential to prevent many of the kinds of crashes that are caused by unsafe driver decisions, such as texting and drunk driving. Waymo's fully self-driving cars are constantly vigilant, see 360 degrees around the vehicle (and up to three football fields away in a single direction), and never drive drunk or distracted.

“I spend a lot of time thinking about safety because I am a teacher and my students are part of the AAA School Safety Patrol program.”

To help mark the 100-year anniversary of the AAA School Safety Patrol program, AAA has created a free, downloadable AAA School Safety Lesson Plan as a resource for all teachers. As part of that effort, AAA partnered with Waymo to develop a Lesson Plan module about self-driving cars that encourages students to think about ways to make driving safer and how autonomous vehicles can reduce unsafe behavior such as texting and eating while driving.

“Just from a safety perspective, having cars that have more information and are designed to drive safely, I think would prevent all that sadness,” Deborah said. But, she adds, everyone should be part of the conversation.

AAA School Safety Advisor of the Year: Everyone should be part of the self-driving conversation

“I think it is essential that little people be a part of these decisions just as much as adults.”

When Waymo invited Deborah’s AAA School Safety Patrol members to visit its closed-course testing facility to see fully self-driving cars in action, she jumped at the chance to include her students.

On the day of the visit to Waymo’s closed-course testing facility, Deborah was excited to see how her safety patrol members would react to the new technology.

“It’s exciting to be here today because I love for my students to be able to see the potential of a self-driving car,” Deborah said. “I think it is essential that little people be a part of these decisions just as much as adults.”

She said her students had researched and discussed fully self-driving cars before visiting the facility. “To see the pros and the cons and then for them to be a part of an experience where they get to actually see it and experience it… it is so powerful for them,” she said, adding “who knows… maybe one of them might work at Waymo too.”

The safety patrol members observed various demonstrations, such as the Waymo vehicle stopping for a pedestrian. Waymo vehicles have the potential to see all around them, even predict how other road users might behave, and make the safest driving decision.

“I’m excited to be here today because I want to test the Waymo cars and give my opinion to help improve the safety and just give feedback for the car itself,” said Nathan.

The students also got to ride in a Waymo fully self-driving vehicle. 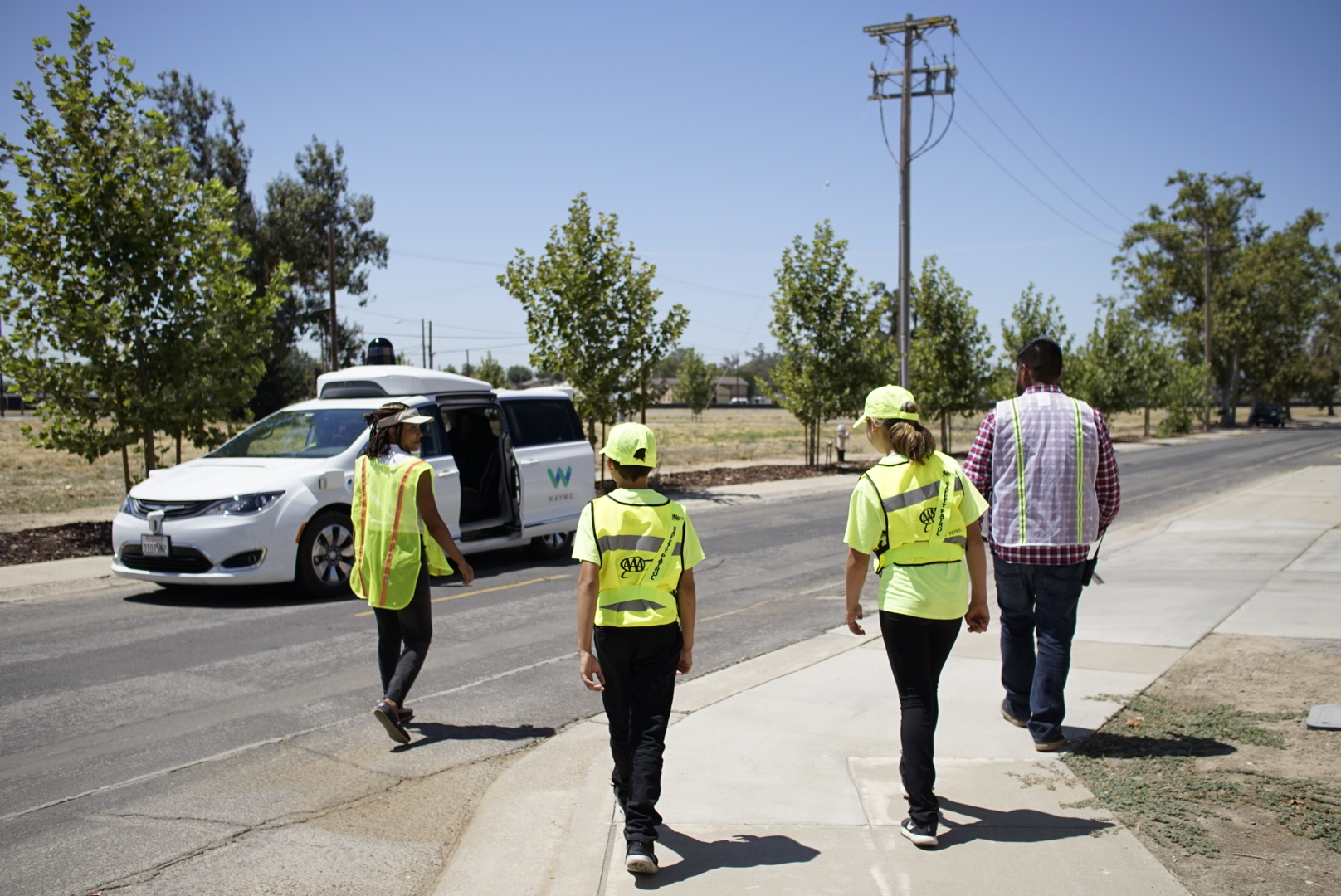 “It’s cool that they can sense things and stop on their own without you having to press the brake, especially if someone is running to cross the street or there is a bike, it would just stop automatically,” Nathan said.

“I’m excited to have a voice for AAA and Waymo”

Dana, another student and AAA School Safety Patrol member, said she wanted to be a part of the conversation. “I am excited to be here today to have a voice for AAA and Waymo.”

Deborah said she sees a future where technology is helping create safer communities, just like the AAA School Safety Patrol program. But, Deborah said that her hopes for the future of fully self-driving technology ultimately relate to people: “The idea of a self-driving car removing irresponsible actions and helping everybody to get home.” 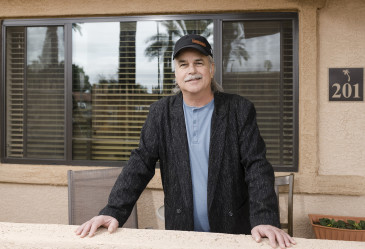 This musician lost his vision, but he gained a community. Here's how.

Brian suffered a slow loss of vision that took away his ability to drive. Fully self-driving technology could one day help people like him retain their mobility and independence. 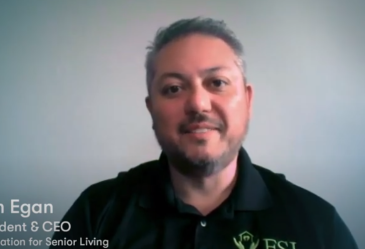 Meeting Seniors' Needs During a Pandemic

AAA NCNU is committed to helping people travel safely by continually testing vehicle technologies, working with policy makers on safety standards, creating partnerships with schools and nonprofits to protect children in cars, and educating the public about driver safety.