From San Francisco to New York City and from the shores of Chicago to the sidewalks of Phoenix, there’s something that we all share in common. It’s something that connects us all—across generations, backgrounds, and communities.

No matter where we come from or where we’re going, we are all pedestrians at some point.

The National Highway Traffic Safety Administration (NHTSA) defines a pedestrian as “any person on foot who is walking, running, jogging, hiking, sitting, or lying down,” but pedestrians could also be wheelchair users, people with disabilities using mobility devices, skateboarders, and others who share the road with vehicles.

Pedestrians are the most vulnerable road users.

Risks to pedestrians have grown in recent years. The Governors Highway Safety Association (GHSA) estimated that 6,590 pedestrians were killed on U.S. roads in 2019, the highest number in more than 30 years. According to the GHSA, most of these fatalities take place on local roads at night and are the result of poor driving decisions, including speeding, distracted or drowsy driving, and alcohol impairment.

Road safety organizations like GHSA have long recognized Pedestrian Safety Month in October, but this is the first year that NHTSA has officially designated October as the nationally recognized Pedestrian Safety Month. Throughout the month, the agency is asking state and local partners to raise awareness about ways to improve pedestrian safety. Every week, NHTSA will highlight driving behaviors that could lead to fatalities and work with partners to provide educational resources, such as safety tips, best practices, and host local initiatives.

Raising awareness about our most vulnerable road users throughout the month of October leads to an important night for pedestrian safety: Halloween. Statistically, children are three times more likely to be fatally injured by a vehicle on Halloween than other nights of the year.

Notably, October is also when the National Safety Council (NSC) is recognizing the 10th anniversary of Distracted Driving Awareness Month. The observance of this milestone was moved from April to October due to COVID-19. Notably, NSC reported the first six months of 2020 had more fatal accidents than the same time last year even with many people staying at home due to the pandemic. While the council did not draw conclusions as to why this happened, it listed speeding and distracted driving as potential factors.

During a recent NHTSA webinar introducing Pedestrian Safety Month, Nicole Mason of the Federal Highway Administration noted the creation of a pedestrian safety action plan by the U.S Department of Transportation. The plan outlines steps to improve pedestrian safety in the near and long term. Included is support for technology that could help reduce risk, such as “connected and autonomous vehicles that allow drivers to ‘see’ pedestrians sooner.”

Waymo’s autonomous vehicles (AV) hold the potential to improve pedestrian safety. The Waymo Driver, which is what Waymo calls its autonomous system, is designed with pedestrian safety in mind. It is designed to be vigilant of its environment and can recognize pedestrians, cyclists, other cars, and objects. Once identified, the Waymo Driver uses information gleaned from testing and experience to help analyze and predict what they might do next.

Pedestrians are often unpredictable, but Waymo’s technology is able to anticipate the likelihood of their next move to help it make the most appropriate driving decision for the situation. Waymo's highly detailed maps feature areas where pedestrians are likely to be, such as crosswalks and sidewalks, and its robust perception system can differentiate pedestrians from other road users or objects in the environment. It is the data and experience collected through simulation, closed-course testing, and, finally, driving on public roads that provide the foundation for the Waymo Driver to learn to anticipate pedestrians’ next moves.

Make pedestrian safety a priority all year round

It is vital that pedestrian safety is prioritized every day and all year long. After all, at one point or another we are all pedestrians.

Let's Talk Self-Driving has partnered with Students Against Destructive Decisions (SADD), to help create a safer future for teens on the road.

Partnered with Students Against Destructive Decisions 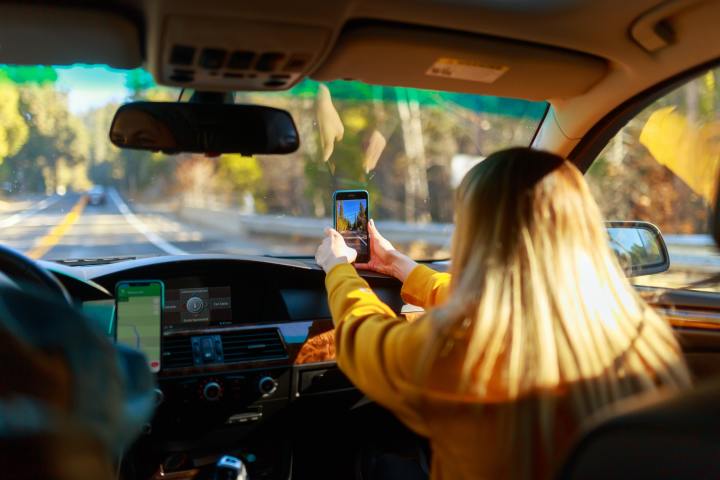 How Can We Keep Teen Drivers Safe?

Every year, new teenage drivers get behind the wheel for the first time. If you’re a parent, this can be an exciting and scary achievement. Getting a driver’s license is a step toward independence, but driving-related crashes remain the leading cause of death for teenagers. How can we keep teen drivers safe on the road?

Partnered with Students Against Destructive Decisions